Virtual Reality a point of view 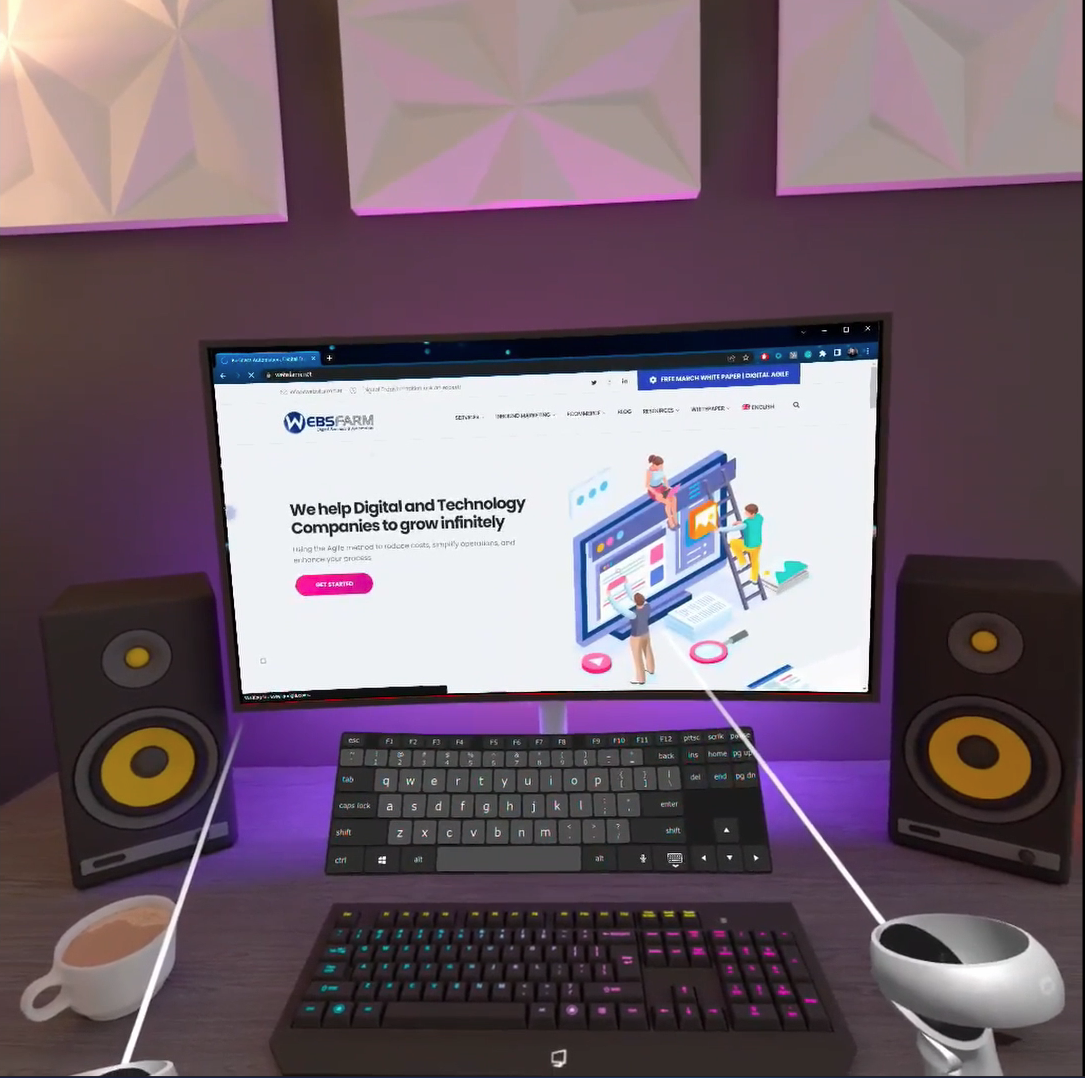 Virtual Reality a point of view

This is the power of Virtual Reality (VR).

VR has the potential to be one of the best technological developments in recent times, with the ability to go pretty much wherever you want and experience pretty much whatever you want. We recently talked about How Virtual Reality will overtake you and your life

In this article, we’re talking about the pros and cons of VR and what moral implications it will have on our society.

What are the Pros of VR?
VR has been the subject of much debate since its beginnings with many people questioning whether the benefits outweigh the drawbacks.
From Meta’s mission of improving social interaction to helping treat different illnesses, there is a wide area of VR’s application aimed at improving how we communicate, work and live.Enhanced social interaction. For those who are unable to leave their homes for various reasons, virtual reality allows them to connect with friends and family without having to be physically present with them. Since the pandemic, we all got used to communicating through different tools and technologies and VR is one of them.

Treating mental illness. One of the most effective approaches to overcoming a mental health problem is Exposure Therapy. This is when we face our fears head-on and are placed in scenarios that make us feel uneasy, with the goal of getting more secure in our ability to face those situations. We may digitally position ourselves in these situations and confront them through VR.

Education. We, humans, prefer to learn by seeing and doing. Both of these boxes are checked by VR. Learning by doing is the most effective way for us to remember information, which is why VR is a fantastic tool to improve education around the world. Performing surgery, scientific experiments, etc can all be performed and practised in VR.

Work. Most people work remotely nowadays. With the pandemic making our location of work completely irrelevant, in most cases, we’re used to working in the comfort of our homes. But, VR takes this to another level by increasing our productivity levels and allowing for human interaction in a simulated environment. VR offices allow you to create an office space, host meetings and cooperate with your colleagues in real-time.

What are the Cons of VR?

Addiction. Because VR is so immersive, and because it’s a simulation, the impact on the brain is amplified and the risk of becoming addicted to it is higher. If people become addicted, it can quickly escalate into a significant issue. Users may feel isolated, which can have a severe impact on their mental health, and they may become dependent on VR.

Coming back to reality. Emotional, cognitive, and behavioural changes may occur as the result of virtual embodiment. This can be a good thing if we’re talking about Exposure Therapy. But exiting VR can be difficult in some cases, especially if the user has been immersed in a virtual fantasy world with an enhanced virtual body.

Social isolation. People may prioritize the virtual world over the actual world if they use VR for a long time and on a regular basis. With people becoming more reliant and addicted to VR, they can become antisocial and lose basic real-life social skills, which can then form into social anxiety and other mental health problems.

Physical harm. There have been reports of individuals experiencing nausea after using VR headsets for an extended amount of time. Also, when we gaze at a computer screen or television for too long, our eyes begin to strain, and VR is no exception.

We could have listed this as a con but the truth is, we, as a society, aren’t clear on our moral stance on VR. There are many moral and ethical implications left to be defined, regulated and executed with VR slowly but surely gaining its momentum in popularity.

These are just some of the questions we’d have to give an answer to:

You’d think that the same rules we have in real life should be applied in a VR, in other words, don’t do anything to someone you wouldn’t want to be done to you.
Are we capable of doing that in this, what it seems, a VR dreamland?

The problem of living in virtual reality is taking VR glasses off and realizing you’re actually alone and everything you spent your time building in VR isn’t available to you in real life. Yet, you can’t get back the time you spent there.

It might be very tempting to escape your current reality for what seems to be a better one but we still don’t know what are the implications and long-term effects this will have.
Right now, VR offers a great opportunity to improve aspects of our lives like how we communicate with others, and how we work and learn by experience.

Get the most out of your digital transformation strategy. Speak to one of our experts directly to find out how.